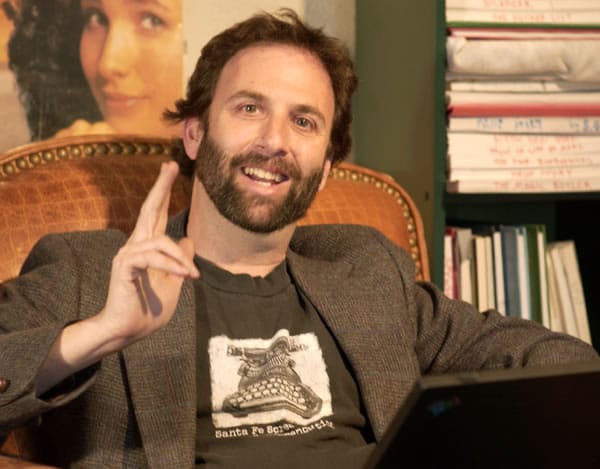 How many days are there in the movie Groundhog Day?

How did Phil Connors get stuck in Groundhog Day?

Why is it Groundhog Day?

Ask the person who wrote the original story. Danny Rubin is coming back to Woodstock, IL…. Again. Danny Rubin wrote the story and then worked with Harold Ramis adapting the screenplay. 20 years later he worked with Tim Minchin adapting it for stage in Groundhog Day the Musical. The Bill Murray movie was released in 1993 and is now considered by many a classic. The Broadway musical was nominated for 7 Tony awards in 2016. Danny Rubin was in Woodstock in 1992 during the making of the movie. He was in Woodstock for the Groundhog Day festivities in 2014 And will be back again for the 30th anniversary celebration February 2nd.

“We are excited to have Danny coming back” said Rick Bellairs, Woodstock Groundhog Day Chairman. “Harold Ramis gets a lot of credit for making the movie here but without Danny’s story we would not be celebrating Groundhog Day in Woodstock.” Bellairs added.

Danny Rubin will participate in the annual Prognostication with live groundhog in the park in the town square at 7am Thursday, February 2, 2023. The main event of Woodstock’s Groundhog Day festivities is Free but ‘Don’t forget your booties ‘cuz it’s cold out there.’ The ceremony is outdoors. The movie ‘Groundhog Day’ will be shown on the big screen at 12pm at the Woodstock Theatre. At 2pm Danny Rubin will give a talk and take questions in the Woodstock Opera House. This free event is your chance to hear more about the making of ‘Groundhog Day’.

For the full schedule of events and details go to www.WoodstockGroundhog.org