Beyond The Backlot Groundhog Day Episode hits the web 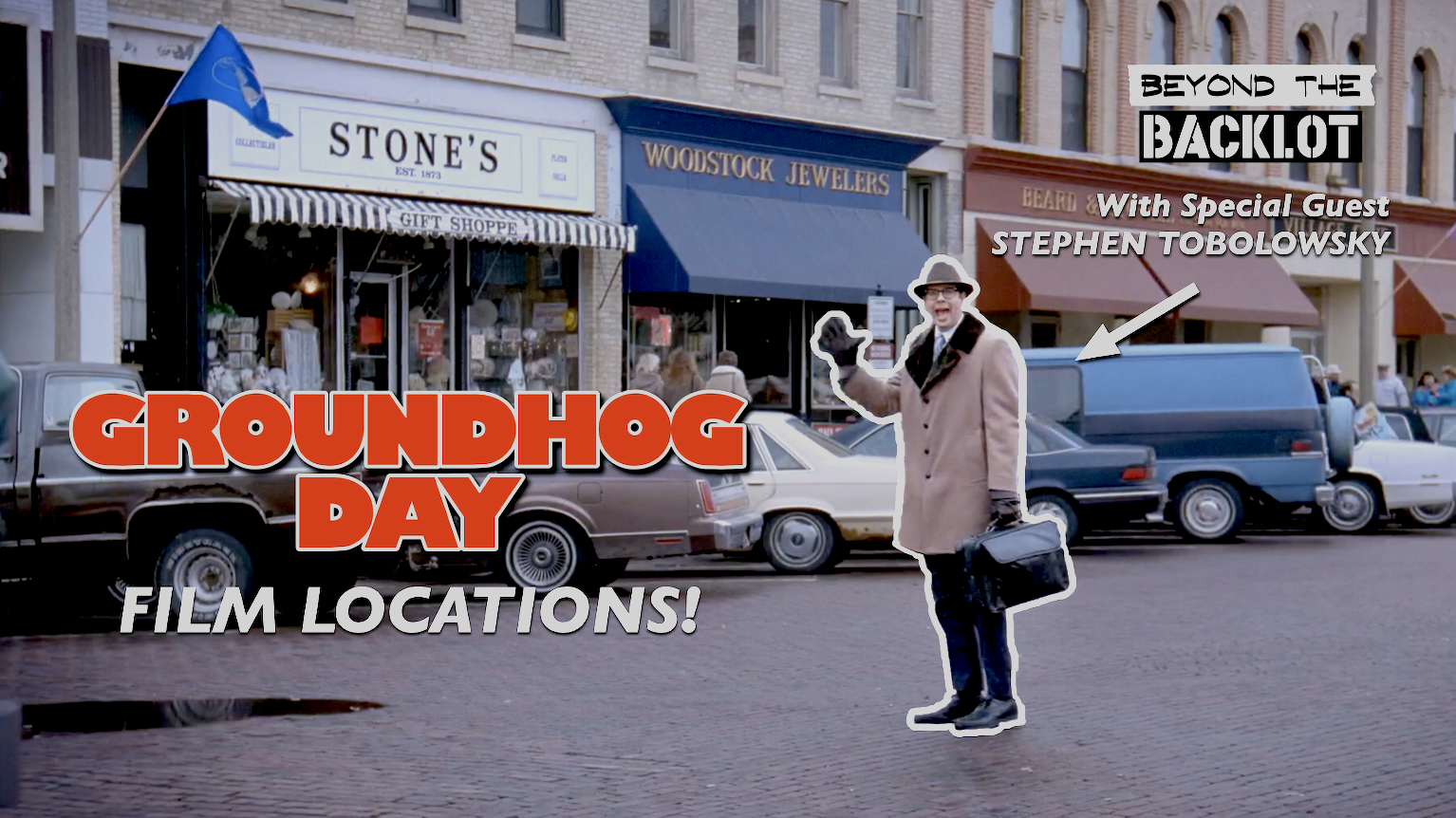 YouTube Channel BEYOND THE BACKLOT, a show that travels to iconic filming locations, retraced the steps of Bill Murray and Harold Ramis in Woodstock, Ill. for GROUNDHOG DAY (1993). Host Curtis Templeton and a crew of five visited the movie’s memorable spots — including Woodstock Square (Gobbler’s Knob), Ned’s Corner, Woodstock Opera House, the Public House (to world peace!), Wayne’s Lanes, the Cherry Street Inn, and more.
Among the highlights for their latest “On Location” episode, BEYOND THE BACKLOT had a chance to sit down with Stephen Tobolowsky aka needle-nose Ned Ryerson at his Los Angeles home.
Throughout their journey, the crew was touched by the warmth exhibited by Woodstock’s friendly residents. BEYOND THE BACKLOT appreciated the open arms and collaboration to cover the essential elements that made GROUNDHOG DAY such a special film. In the end, it’s all about the people, just like with Phil Connors. The episode is available now on their YouTube channel.
***
BEYOND THE BACKLOT is a show where movies of the past come back to life as our crew of superfan friends go on adventures to iconic filming locations. Watch and Subscribe on YouTube at www.youtube.com/beyondthebacklot.