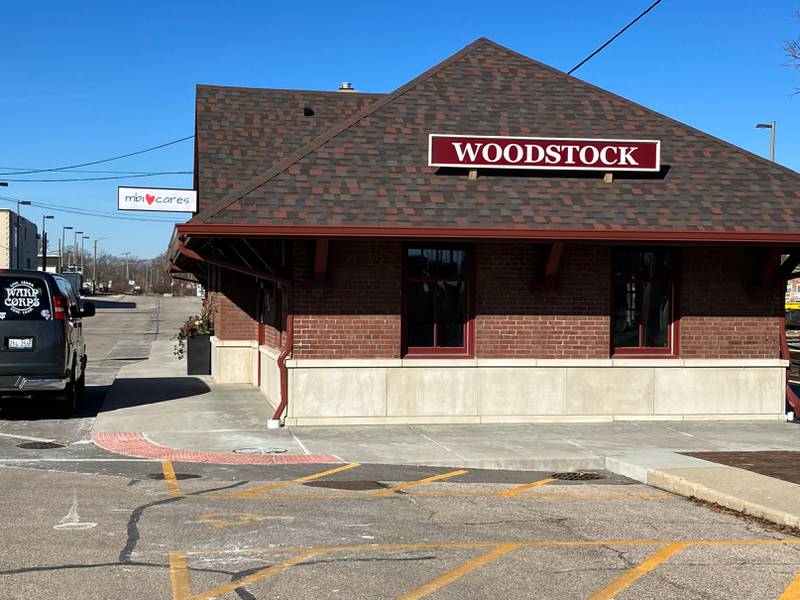 For those looking for a hot pre-Thanksgiving meal Wednesday, the Woodstock train depot will be open from noon until 4 p.m. with food provided for those experiencing homelessness and those “who just need a hot meal,” an organizer said.

“It all came [together] very organic,” Mutert said of the plan, quickly devised last week.

Mutert and his staff, including his homeless outreach coordinator, had discussed providing Thanksgiving meals for those in need and so Mutert contacted Tom Wilson, retired owner of MBI and ambassador of MBI Cares, the tech company’s philanthropy arm.

Wilson offered up the depot, which he leases and has renovated. He said he offers the depot to local groups to use for free at anytime. Wednesday’s meal is just one of several philanthropic efforts MBI Cares is involved in, Wilson said.

“Tom [Wilson] came in with a bunch of energy and funding and said, ‘If we are gonna do this, let’s do it right,’” Mutert said.

That is what Woodstock is all about, working together within the community to help the community, said Mary Witt, who has owned Isabel’s at 1110 N. Seminary Ave. with her husband and chef Antonio Delgado since 2004.

Wednesday’s event is in addition to what Witt and Delgado have done at their restaurant over the last several years on Thanksgivings.

This Thursday will be the 18th year they open the restaurant on Thanksgiving and provide hot, traditional turkey dinners to those who otherwise might go without, she said.

“It is kind of like a circle here that we just help each other and support each other,” Witt said. “Our heart [is in] giving back to the community. So, when Rob approached us, it was ‘Of course, we are going to provide meals.’”

Witt said at the restaurant on Thanksgiving, they expect to feed between 30 and 100 people.

Wednesday’s event at the train depot is expected to feed between 50 and 80 people, Mutert said.

Wilson, who has been doing philanthropic work for about 12 years, said he also ordered 100 winter hats and other items to pass out to those who come to eat at the train depot Wednesday.

His hope is to encourage more people to get involved in such efforts to help others.

“People need to come in and feel good,” Wilson said. “People don’t care what you spend. They don’t care about all the noise. They only remember the way you made them feel. If we do this and are kind and we are coming from a good place, people will start seeing what is going on in our community. We are happy to do it. We are just trying to motivate others.”