The Legacy of Dick Tracy 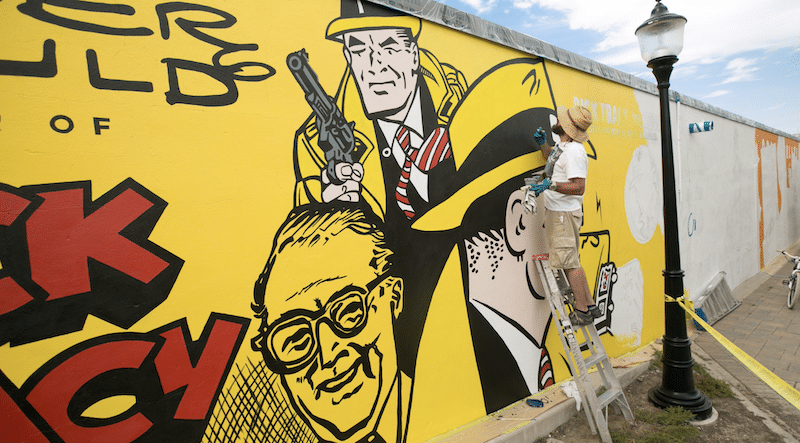 On October 4, 1931, “Dick Tracy” first appeared in the Detroit Mirror, one of the Tribune owned papers, then in the New York Daily News, then the Chicago Tribune, and on and on, taking the country by storm. So popular was the strip that it appeared on the front page of the New York Daily News for 45 consecutive years, and continues to run today. After “Dick Tracy” shot to fame, Chester Gould, the creator of Dick Tracy, made his home in Woodstock where he would spend his years writing on his farm and commuting to Chicago.