‘The Nutcracker’ celebrates 30 years in Woodstock, with same ballet veteran in charge 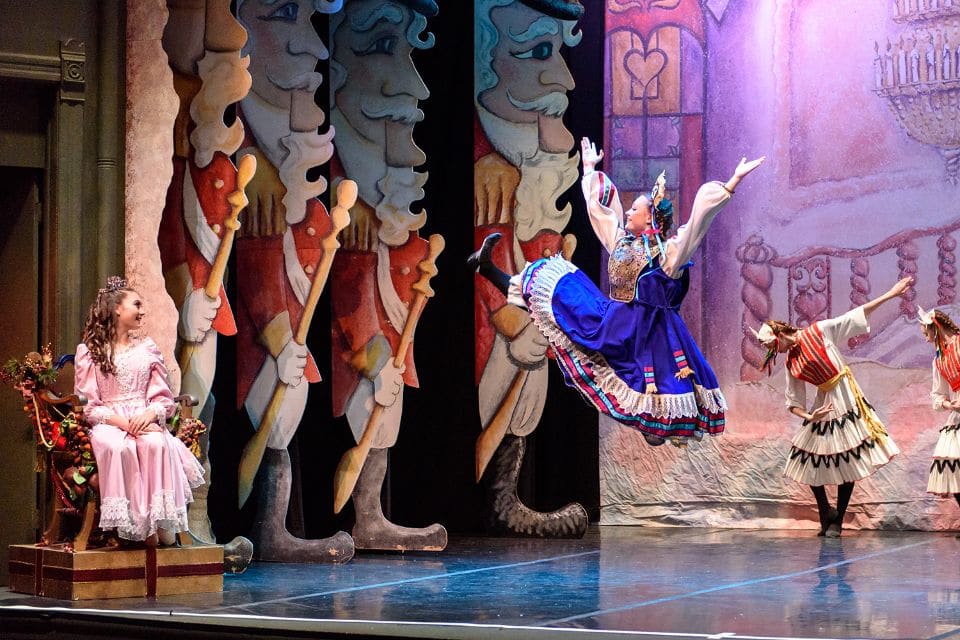 WOODSTOCK, Ill. (CBS) — The curtain rose Friday night for the first of 10 performances of “The Nutcracker” in Woodstock.

The holiday ballet is in its 30th year at the Woodstock Opera House. McHenry County dancers as young as 5 grace the stage – though it’s the seasoned seniors who caught our attention.

CBS 2’s Lauren Victory met the professional ballerina in charge of the production year after year.

Originally choreographed by Marius Petipa and set to music everyone knows by Pytor Ilyich Tchaikovsky, “The Nutcracker” premiered a week before Christmas 1892 in Russia. A century later, it dazzled opera houses at the Woodstock Operate House for the first time – and it has been ever since.

That first staging in Woodstock in 1992 was a decade and a half before this year’s main characters were even born yet.

But through all these 30 years on the same stage, former professional ballerina Judith Svalander has been at the helm.

“I can’t believe that each fall and going into rehearsals and planning that there’s an excitement in my heart that’s like, we’re going to do it again!” Svalander said.

The littlest ballerinas keep the spark alive, she says. She maintains her desire to share the talents she honed while dancing professionally in Europe.

Svalander then brought her gifts to McHenry County – 50 years ago.

Most of the performers for “The Nutcracker” train at the Judith Svalander School of Ballet in Crystal Lake.

Victory asked student dancer Arianna Hogue what it’s like dancing for somebody with as much experience as Svalander.

“It’s really inspiring,” Hogue said. “I want to be like her.”

Kenny Bieschke is a professional dancer and former student of Svalander’s. Victory asked Bieschke the most important thing he has learned from Svalander.

“Passion,” Bieschke said. “She really has shown me how much passion can do for a dancer.”

That passion keeps the 76-year-old Svalander in the game.

“You can’t do those triple, quadruple turns,” she said. “You can’t leap anymore.”

But Svalander can critique and choreograph. Every year, she makes little tweaks and adds surprises to the show.

“It does rack up steps on my watch, so I am moving!” Svalander said.

As Svalander celebrates 50 years with her school and 30 years with this Tchaikovsky score, we had to ask – will she be taking her final bow anytime soon?

“Well, that is something one debates over regularly,” Svalander said.

But while she tiptoes around the fate of “The Nutcracker” in Woodstock, Svalander promises the holiday tradition will stay as long as possible.

Some tickets are still available for the show, which runs multiple times this weekend – as well as next weekend.

Lauren Victory is a Morning Insider reporter for CBS2 Chicago. Lauren joined the station in May 2016 and is a graduate of the Medill School of Journalism at Northwestern University.