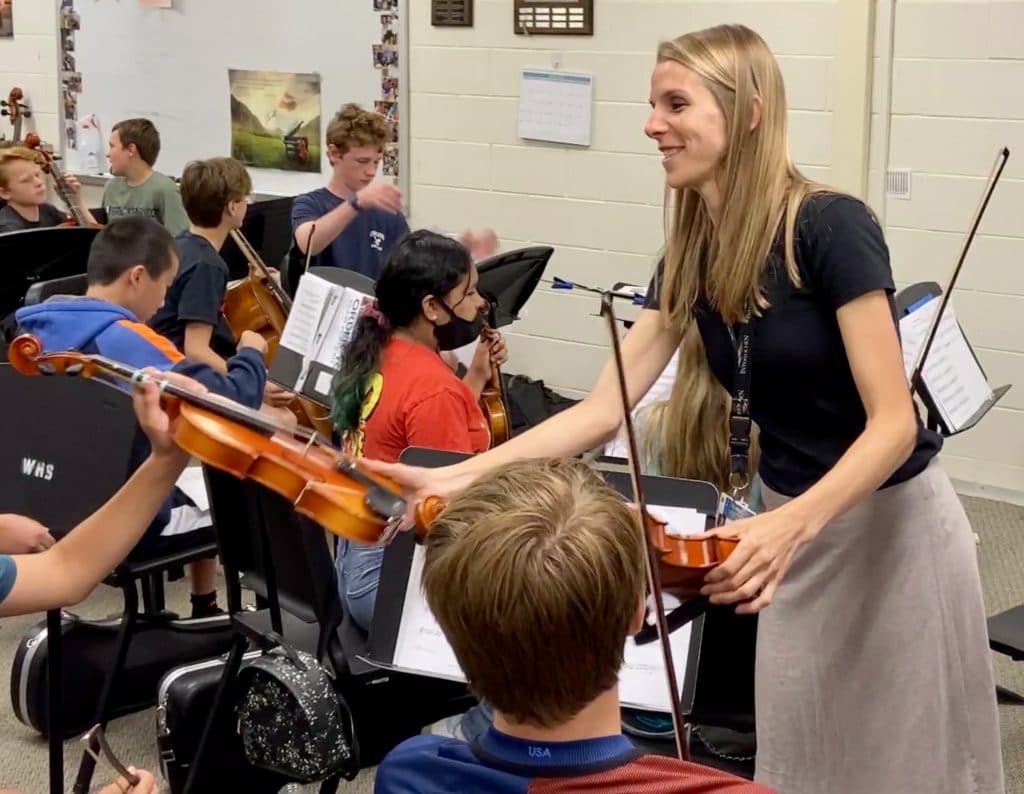 The  orchestra director of Woodstock High School and Creekside Middle School has been selected as a quarter-finalist for the 2023 Music Educator Award, presented by the Recording Academy and Grammy Museum.

Lyndra Bastian learned about the honor last week that puts her among 200 music educators across the U.S. Nearly 1,500 nominations were received for the award. Semi-finalists will be named in September.

Bastian said she was nominated by Board of Education President Carl Gilmore, who has children participating in the district’s popular orchestra program.

“I’m flattered that [Gilmore] and others think what I’ve done and built is worthy of being noted,” Bastian said.

“I love the community I have here with my students and their families. They’re seriously some of the best people and make my job absolutely wonderful. It’s my goal to make a positive difference in my kids’ lives, and that’s what I’ll continue to try to do.”

According to the Recording Academy, the Music Educator Award was established to recognize current educators – kindergarten through college – who have made a significant and lasting contribution to the field of music education and who demonstrate a commitment to the broader cause of maintaining music education in schools.

Bastian said she had worked hard to submit videos and recordings for consideration in the semifinal round and hoped to earn greater recognition for Woodstock music education.

This was the second big recognition for District 200 music programs this year. In April, the district was honored with the Best Communities for Music Education designation from the National Association of Music Merchants Foundation for outstanding commitment to music education.

‘Today’ show to stop in Woodstock on Friday for Christmas segment Public is invited, with coffee, hot chocolate, doughnuts to be served By James T. NormanRead More